The effect of heart rate on amplitude change of vessel walls oscillations.

M – Vessel blood volume before arriving of a pressure wave

The picture below shows a general view of the process schematics: 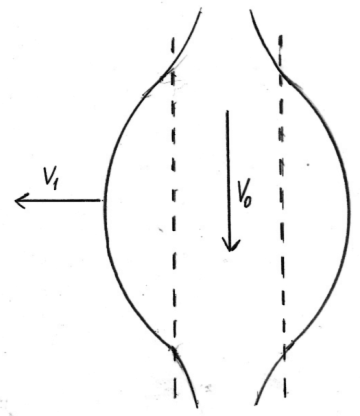 With passing of a wave of pulse pressure the vessel walls begin to stretch until the energy of motion transfers into the energy of deformation. Then the process will reverse itself and the shape of the vascular wall will be restored. Potential energy of the vessel walls will decrease and kinetic energy will increase. Let us assume that this transition is complete (absolute). Then:

A2 – amplitude of vascular wall oscillation

From the energy conservation equation one can derive:

A magnitude of a restoring force which is applied to the walls is defined as:

where ω – rate of wall oscillation

The graph below shows the dependency of the amplitude of the oscillation of the vascular wall vs. a change of a cardiac output. 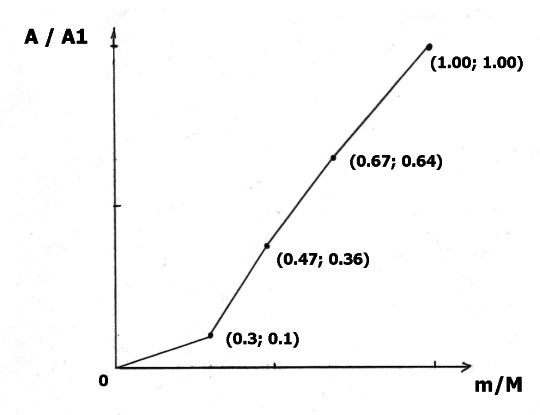 Age-related changes which lead to the weakening of the inotropy of the heart muscle may decrease the mass (fluid) transfer between the microvessel and the cerebral regional brain extravascular extracellular fluid due to the “deformation pump” effect. The deformation pump may play an important role in the functional deformity of the vascular wall due to the pulse wave movement. The mechanism of the deformation pump may open up new directions in our understanding of other pathologies with strong vascular component.

In addition, pulse wave velocity itself can be reliably measured by an instrument called the pulse wave velocity/ankle brachial index. In a study of 96 patients with and without dementia, the values of velocity was found to be significantly higher among those with vascular dementia (p < 0.01)[119].