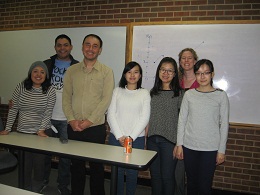 Of 33,717 deaths among Colorado residents in 2013, the leading causes of death (number of deaths) were:

Combined, heart disease and stroke was the leading cause of death in Colorado in 2013, accounting for 24% of all deaths.

Approximately 1 person dies from cardiovascular disease every hour in Colorado.

Among adult Coloradans in 2013, only 6% were aware of having cardiovascular disease and

Only 26% were aware of having high blood pressure.

35% of those who had their blood cholesterol checked were aware of having high cholesterol.

The prevalence of cardiovascular disease and high cholesterol has not changed significantly during 2003-2013.

Almost 5,000 individuals are hospitalized and nearly 1,000 die due to a TBI in Colorado each year

23,500 emergency room visits each year are due to a TBI

Each year, 2,200 individuals continue to experience disability one year after hospitalization for a TBI

Over 500,000 adults have sustained a TBI and are living with a disability

The prevalence of Alzheimer’s disease is increasing both nationally and in Colorado.

Over 1,100 Coloradans died from Alzheimer’s disease which accounted for almost three percent of all deaths in 2007.

Alzheimer’s disease was the sixth-leading cause of death in Colorado in 2007.

Further, according to the Alzheimer’s Disease Association, it is estimated that 70 percent of nursing home residents have some degree of