Fibromyalgia 101 for patients in Denver, CO

Fibromyalgia is a complex syndrome associated with widespread musculoskeletal pain, fatigue and other symptoms such as sleep disturbances or headaches.

How frequent is fibromyalgia?

About 2 to 4% of the general population is affected by fibromyalgia. Women are more likely to have fibromyalgia as compared to men.

The specific cause of fibromyalgia is not yet known. It is likely that several factors such as genetic predisposition, history of trauma (both psychological and physical), and various infections or medications may play important role. However, some patients with fibromyalgia present no history of known triggers upon medical evaluation.

How is fibromyalgia diagnosed?

It is important to be examined by an experienced doctor because diagnosis of fibromyalgia is not easy. Unfortunately, there is no specific diagnostic test for fibromyalgia, and it often is diagnosed by ruling out other conditions which may cause symptoms similar to fibromyalgia. Your physician will evaluate for the presence of widespread musculoskeletal pain as well as other symptoms (such as fatigue or sleep disturbances). You doctor is likely to check your medical history for events such as psychological or physical trauma. He/she will also likely prescribe various tests to exclude other conditions that may look like fibromyalgia.

Treatment of fibromyalgia is not easy and it often requires that patients must comply with the treatment prescribed by the physician. The best approach to treat fibromyalgia is to combine pharmacological (medications) and complimentary treatments.

Examples of the medications that can be used to treat fibromyalgia are:

Examples of the non-pharmacological (complimentary) therapies that can be used to treat fibromyalgia are: 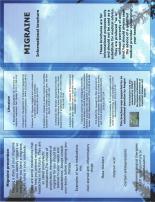